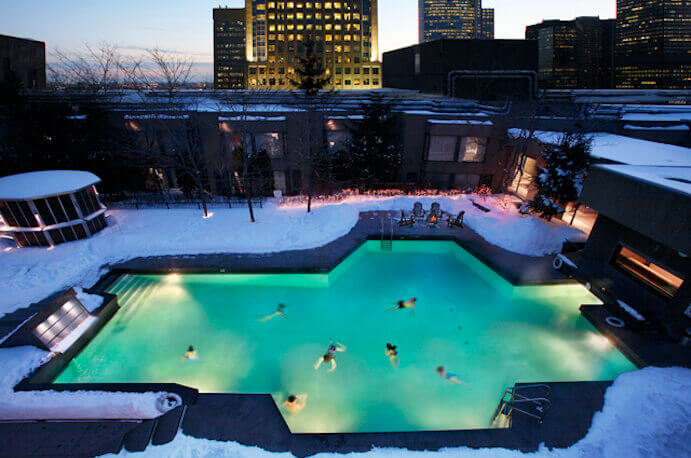 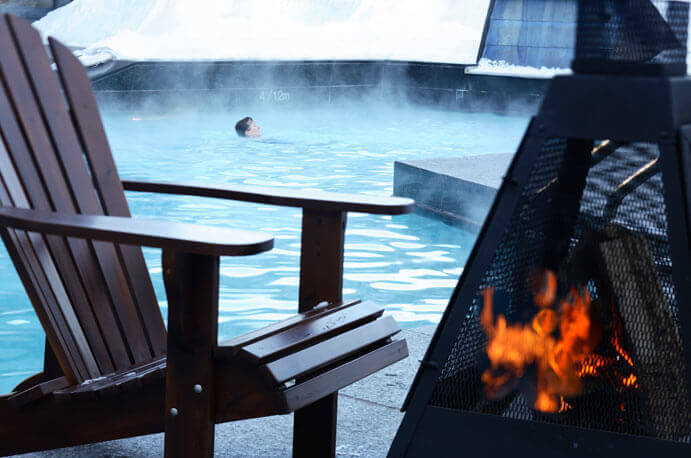 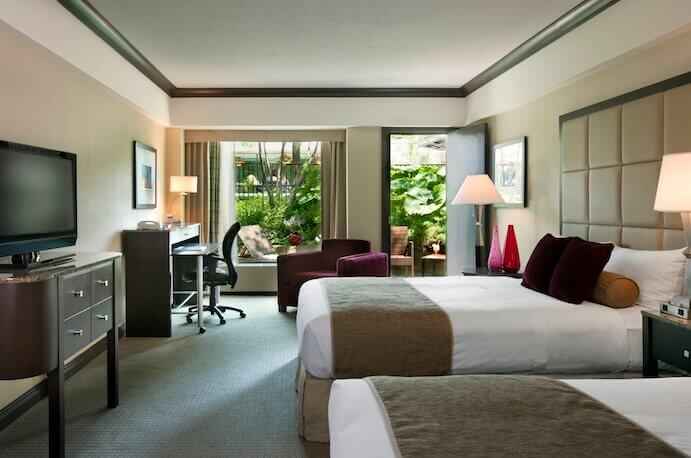 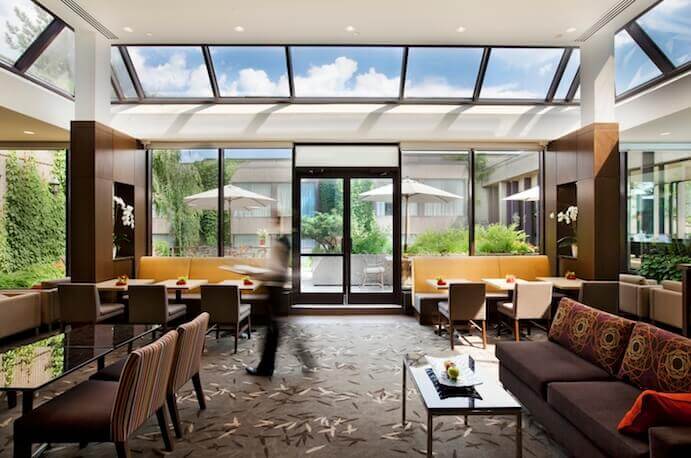 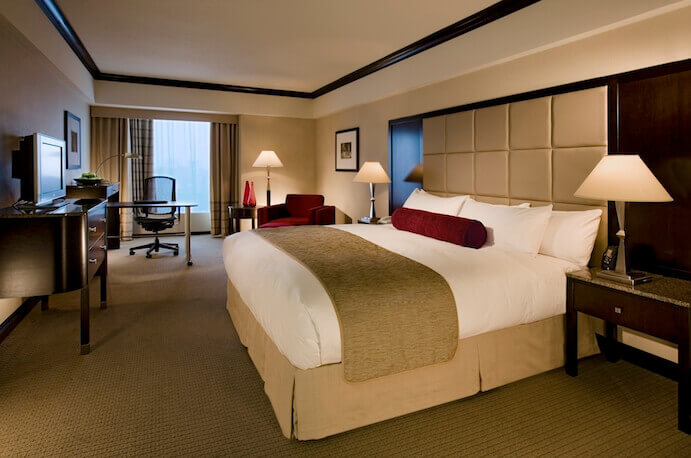 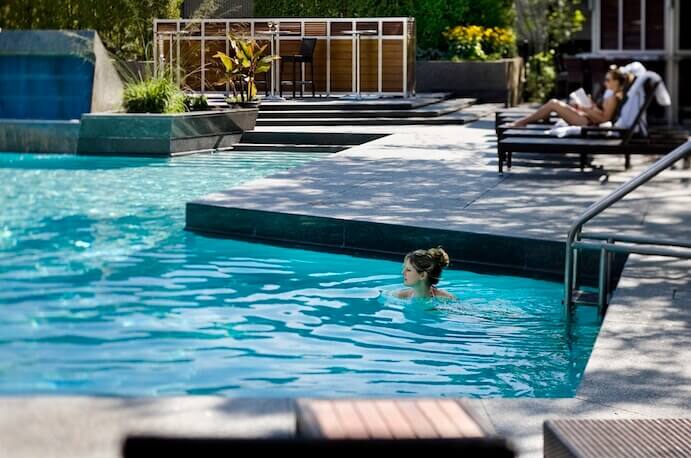 Very atypical, this hotel is in fact a two-level penthouse that features a green roof around which are built the rooms, all this right in the heart of downtown.

Would you believe it possible to wake up to the quacking of ducks right in the middle of a metropolis like Montreal? That after having had breakfast on a terrace under the shade of pinetrees, you could dive head first into a heated pool while admiring the surrounding landscape? And that all this would happen in a 4-star hotel right in the heart of downtown? Rest assured, you are not dreaming, this is the unique experience package that the Bonaventure Hotel has in store for you.

Don’t let the rugged architecture of the building fool you. The Bonaventure occupies the two top floors of a brutalist style building built for the Expo 67 and at first sight you may think of it as a bunker. You would indeed never guess that the one of the nicest rooftop of the city hides behind these concrete walls.

This rooftop may very well be the best kept secret in town. The 395 rooms and suites are spread out on two levels all around this nice and spacious rooftop, on which runs a stream and a duck pond and most importantly a magnificent pool, heated all year long, that offers a spectacular view of downtown skyscrapers. Summer and winter alike, it’s a true pleasure to dive into this pool.

The experience reaches other levels on nice days when you can enjoy a massage under one of the tents standing on the terrace, or while having breakfast under the shade of pinetrees planted in 1967. You’d feel right in the middle of wilderness despite being right in the heart of the city.

All the services of a 4-star

Concrete walls, large hallways with glass walls, warm-toned carpets and Quebecois artwork… The hotel were able to make the most of the cold and intimidating architecture, quite typical of the 60s, by playing with light and materials.

Ex- Hilton, renovated in 2008, the rooms are really nice. The rooms with a view on the patio are the priciest. For the claustrophobic ones, the windows can be opened, which is rarely the case in North American hotels.

The only negative point of the Bonaventure is that breakfast is not included. You shall be a member of the executive club to get it. The hotel also boasts a French restaurant, Le Castillon, which features a very nice terrace.

Business customers have the privilege to use meeting rooms and banquet rooms and are nearby the Convention Center. All traditional 4-star hotel services are offered: concierge, room service, a gym open 24 hours a day.

Right in the heart of downtown

The Bonaventure Hotel is right in the heart of downtown, right above the Montreal train station and the Bonaventure metro station (line 2 – Orange). Connected to the underground city, the hotel is also 10 minutes away from Old Montreal. 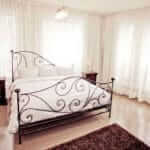 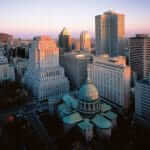